The Kunstmuseum Basel dedicates a focused exhibition to the Swiss artist Cuno Amiet’s (1868–1961) portraits of children. The presentation is occasioned by the Im Obersteg Foundation’s acquisition of his Study for Two Girl Nudes.

One of the most influential Swiss artists working around 1900, Cuno Amiet is amply represented in art collections in Switzerland. The Im Obersteg Foundation, which is housed at the Kunstmuseum Basel, is no exception. In 2020, the existing body of works by Amiet in the collection was enlarged by the addition of the Study for Two Girl Nudes (1910).

Some of Amiet’s pictures of children date from the period of his association with the Expressionist artists’ group “Die Brücke.” They show the Swiss artist emulating his German colleagues while also maintaining his creative independence. The Expressionists’ focus on provocation and the dramatism of interpersonal relationships held no interest for Amiet; similarly, the resemblance of the locale in his works, his studio, to the studio scenes preferred by his Brücke colleagues is superficial. Amiet cherished painting his handsome property—the stately home, flower gardens, and fruit trees—as well as the surrounding landscape of the Oschwand in the Bernese Oberaargau, which supplied him with motifs throughout the seasons. He also rendered his wife and other members of his close family in these secluded settings. Children initially often figure in his work in combination with flowers or with nature as such, as emblems of the union between humanity and the natural world. It was only after 1907 that Amiet moved his scenes into the interior of his studio, shifting the tenor of his works from the allegorical register to depictions of everyday life.

The painting acquired by the Im Obersteg Foundation exemplifies this evolution. The exhibition showcases it in the context of other children’s portraits by Amiet and selected works by Brücke artists.

Get your ticket for the exhibition visit here.

The exhibition ist supported by: 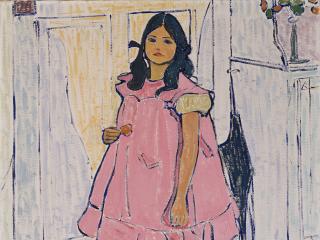 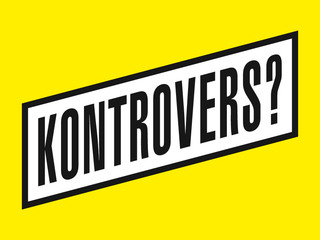