The Kunstmuseum Basel’s department of classic modernism houses one the most prestigious collections of its kind. It was in fact assembled at a comparatively late date. In the summer of 1939 — shortly before the outbreak of World War II — Georg Schmidt (1896–1966), the museum’s director at the time, managed to acquire twenty-one avant-garde masterpieces all at once. The works were among those denounced in 1937 by Nazi cultural policy as “degenerate” and forcibly removed from German museums. The Third Reich’s Ministry of Propaganda correctly assumed that a portion of such works would find buyers abroad and bring in foreign currency. In this way certain artworks deemed “internationally exploitable” reached the art market via various channels.

The exhibition Castaway Modernism illuminates all the facets of one particular moment in Basel’s collecting history. It also looks at how the cultural violence committed by the Nazi regime led to an artificial scattering of modern art. That act of selection — sorting some works into the category of “exploitable” while condemning others to oblivion or destruction — still casts a shadow over museum collections around the world. The show is both art-historical and historical in scope and tells unexpected stories of people, artworks, and commerce.

In Nazi Germany (1933–1945), “degenerate” art was the label for art that did not fit the Nazis’ worldview, including Expressionism, Dadaism, the New Objectivity, Surrealism, Cubism, and Fauvism. In particular, the Nazis loathed works by Jewish artists and works on Jewish or political themes. This art was removed from German museums in 1937—all in all, more than 21,000 objects were seized by the authorities. Many of them were presented in the exhibition “Degenerate Art,” which traveled throughout Germany.

The “Law on the Confiscation of Products of Degenerate Art” went into force in Germany in 1938. It gave the authorities power over the works seized as “degenerate” art in 1937. An inventory was drawn up and the works were divided into various groups. Around 780 paintings and sculptures and 3500 works on paper were set aside as “internationally marketable,” which is to say, they seemed suitable for sale abroad in order to raise funds in foreign currencies. In reality, the authorities sold almost twice as many works. 125 of them were auctioned off by Theodor Fischer in Lucerne in 1939; the others were sold on the international market through selected art dealers. Much of the “unsalable” rest was burnt in Berlin on March 20, 1939.

Provenance research undertaken at museums investigates the origins and histories of works of art and cultural assets. The looting of art in Nazi-ruled Europe presents a particular challenge for provenance researchers. At a conference held in Washington in 1998, forty-four countries, including Switzerland, adopted eleven basic rules, known as the Washington Principles. They are meant to help resolve open questions relating to Nazi-looted art. Museums are urged to review their collections, fill in gaps in the histories of the works, and identify wrongful changes of ownership. When necessary, the museums are to initiate steps to return (restitute) the works in question to the rightful owners or seek another form of “just and fair solution.”

For valid claims, the goal of the 1998 Washington Principles mentioned under Provenance research is to find « just and fair solutions » regarding Nazi-looted art between former owners and the works’ current holder. Any such solution must be based on a careful assessment of the individual circumstances. In practice, this means that giving the object in question back to the people who claim ownership is not the only possible response. For example, an institution may return a work and then buy it back. Or it can offer financial compensation to the claimants. No less important are symbolic gestures, such as commemorating former owners and sharing a work’s history with the public.

Under the Nazis, a great many works of art were taken from private owners in Germany and the countries annexed or occupied by Germany. They belonged to Jews or people who were persecuted for a number of other reasons. The authorities simply seized the works or forced the owners to sell them. The “looting” was in fact supported by a wide range of legislation and carried out and assisted by various government agencies and institutions set up specifically for this purpose. In 1945, it was categorized as a crime against humanity.

In contrast with looted art, “flight assets” means works of art that owners who were persecuted by the Nazis managed to bring to a comparatively safe country such as Switzerland and then sold there. Unlike with looted art, the owners sometimes got market-based prices for their art and were free to do with the money as they pleased. Still, these sales were ultimately prompted by the same Nazi policies of persecution, expropriation, and looting.

This glossary is meant to explain key concepts in the simplest possible terms. It does not fully cover the subjects in question.

Get your ticket for the exhibition visit here. 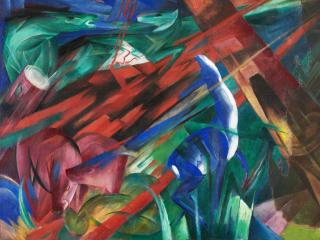 More info Ticket Save the date

"Degenerate" - Art in the Long Shadow of Nazi Propaganda

Panel discussion on the effects of National Socialist cultural policy that can still be felt today. With Eva Reifert, curator of the exhibition "Castaway Modernism," Kristina Kratz-Kessemeier, expert on the art politics of the Weimar Republic, Thomas Bauer-Friedrich, director of the museum in Halle (Saale), and Jürgen Kaumkötter, director of the Center for Persecuted Arts in Solingen. Free participation 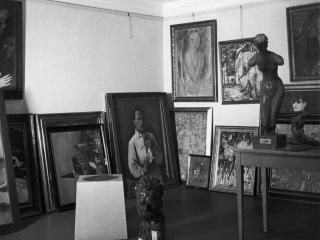 More info Ticket Save the date